The character selection allows the combination of several characters and serves for the definitions of a symbol as well as for the output to the input field.

The symbol of a key can consist of any number of characters, the output can have a maximum of 3 characters. The selected characters are displayed in the selection box at the top.

You can also select all the characters supported by the Android version of the device. This is the so-called Unicode character set. This is divided into groups. Therefore, first select the desired group and then the character to transfer it to the selection box.

After selecting the group, all associated characters are displayed in the lower area. Each character is additionally given the English name, the Unicode code (u) and the ASCII code.

In addition to the Unicode groups, the Keyboard Designer also offers the groups "main characters" and "control characters". These summarize the most important characters from the other groups.

There is also the group "Search". If this is selected, a search field opens. With this all groups can be searched for the English name, the Unicode or the ASCII code.

Note: If you are not sure which character is in the upper text box, you can uniquely identify it using the list of Unicode codes below. 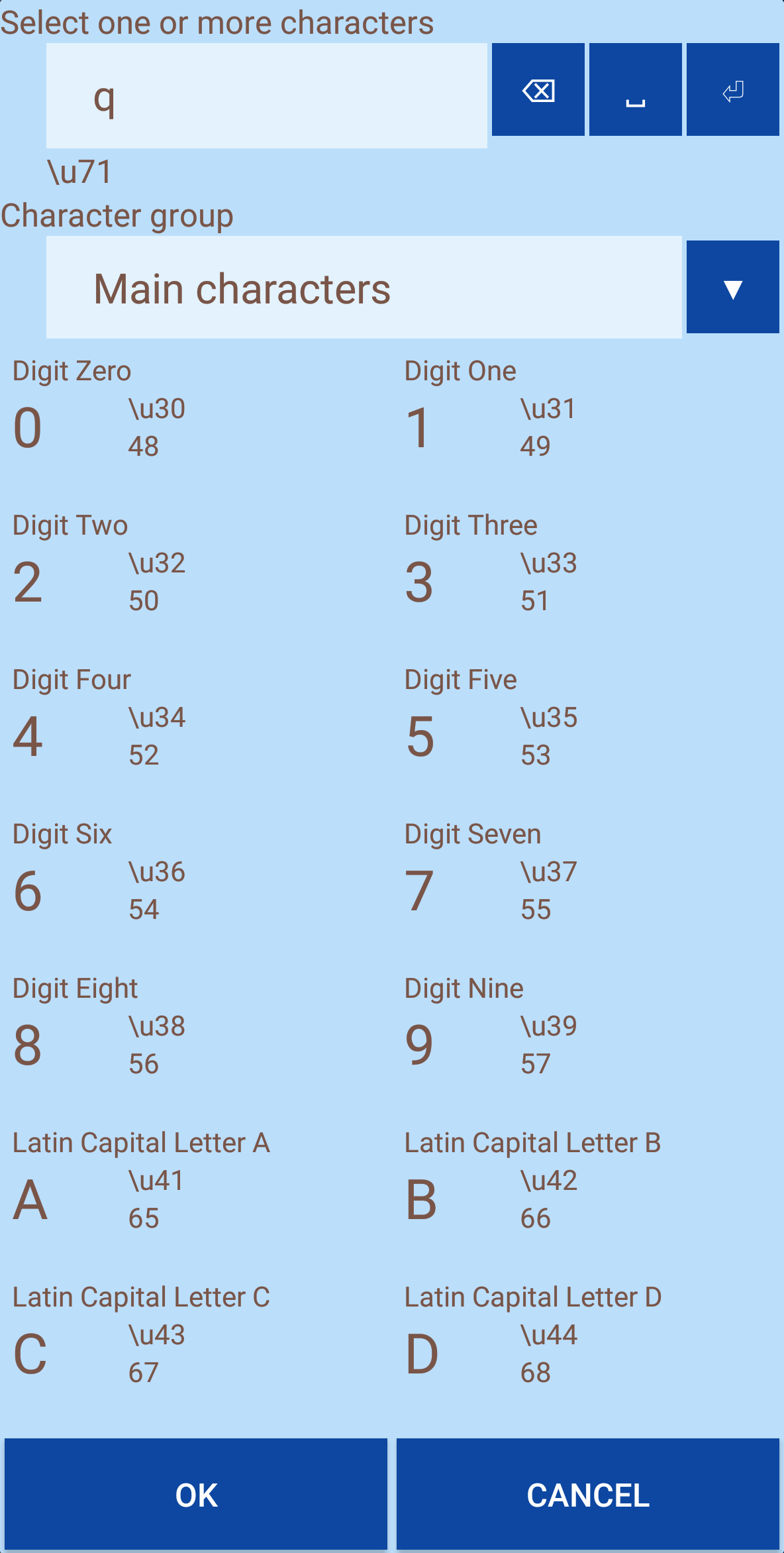 Only a session cookie is used for page navigation, language selection and to hide this message after you read it.